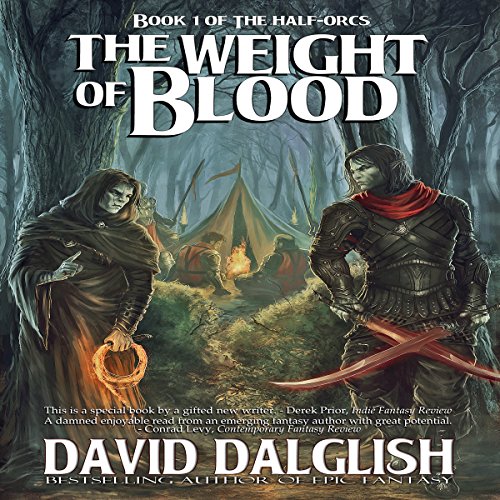 The Weight of Blood

Fantasy author David Dalglish begins his series of the half-orc brothers, whose struggles will soon bathe the land of Dezrel in demon fire....

Five hundred years ago, brother gods devastated their world with civil war. When they were imprisoned, their conflict ended without a victor. Centuries passed while their followers secretly continued the war, a war that will soon have an end. The gods have found their paragons.

When half-bloods Harruq and Qurrah Tun pledged their lives to the death prophet Velixar, they sought only escape from their squalid beginnings. Instead they become his greatest disciples, charged with leading his army of undead. While they prepare, Harruq trains with an elf named Aurelia, to whom he owes his life. She is a window into a better world, but as war spreads between the races, their friendship takes a dire turn.

Velixar orders them to fight alongside the humans, changing Aurelia from friend to foe. To protect her, Harruq must turn against his brother and fight the killing nature of his orcish heritage. To side with one means to turn on another. No matter Harruq's decision, someone he loves will die.