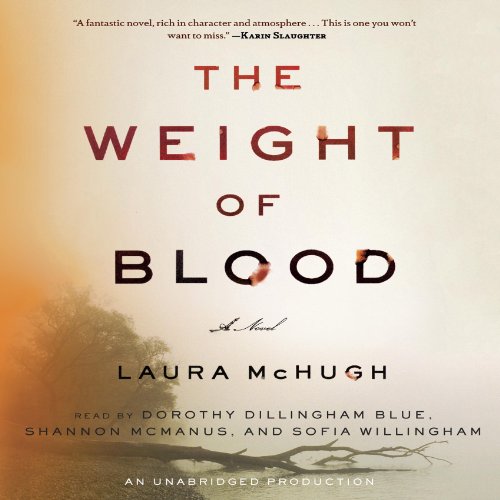 The Weight of Blood

"[A] suspenseful novel, with a barn burner of a plot…. McHugh shows herself to be a compelling writer intimately familiar with rural poverty and small-town weirdness." ( Booklist)

The town of Henbane sits deep in the Ozark Mountains. Folks there still whisper about Lucy Dane's mother, a bewitching stranger who appeared long enough to marry Carl Dane and then vanished when Lucy was just a child. Now on the brink of adulthood, Lucy experiences another loss when her friend Cheri disappears and is then found murdered, her body placed on display for all to see. Lucy's family has deep roots in the Ozarks, part of a community that is fiercely protective of its own. Yet despite her close ties to the land, and despite her family's influence, Lucy - darkly beautiful as her mother was - is always thought of by those around her as her mother's daughter. When Cheri disappears, Lucy is haunted by the two lost girls - the mother she never knew and the friend she couldn't save - and sets out with the help of a local boy, Daniel, to uncover the mystery behind Cheri's death.

What Lucy discovers is a secret that pervades the secluded Missouri hills, and beyond that horrific revelation is a more personal one concerning what happened to her mother more than a decade earlier.

The Weight of Blood is an urgent look at the dark side of a bucolic landscape beyond the arm of the law, where a person can easily disappear without a trace. Laura McHugh proves herself a masterly storyteller who has created a harsh and tangled terrain as alive and unforgettable as the characters who inhabit it. Her mesmerizing debut is a compelling exploration of the meaning of family: the sacrifices we make, the secrets we keep, and the lengths to which we will go to protect the ones we love.

"In this clever, multilayered debut, McHugh deftly explores the past of an Ozark Mountain family… with plenty to hide and the ruthlessness to keep their secrets hidden…. This is an outstanding first novel, replete with suspense, crisp dialogue, and vivid Ozarks color and atmosphere." ( Publishers Weekly)
"Debut novelist McHugh comes out swinging with this gripping tale set in the Ozarks of Missouri…. Her prose will not only keep readers turning the pages but also paints a real and believable portrait of the connections, alliances, and sacrifices that underpin rural, small-town life in Henbane." ( Library Journal)