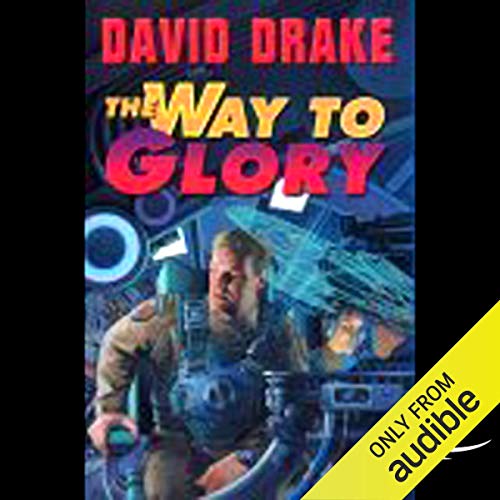 The Way to Glory

Riots blaze in the streets of Cinnabar, threatening not only the Government but the Republic of Cinnabar Navy. The forces of the tyrannical Alliance are probing outnumbered Cinnabar garrisons among the distant stars, using guile and treachery as well as brute strength.

Lt. Daniel Leary has earned promotion, but politics have put him under an officer whose paranoia has already led him to execute men out of hand. Signals Officer Adele Mundy has repeatedly proved her loyalty as Cinnabar's most accomplished intelligence agent, but now elements within the Republic want to draw her into a conspiracy like the one that led to her rich and powerful family's massacre.

Leary and Mundy must face riot-torn streets, spies in an outlying base, and an anarchic planet where violence is the only law. Only if they succeed at every stage will they reach the final test: a space battle against an overwhelming Alliance force. Even for Daniel Leary it will be a difficult fight to win, and almost impossible to survive.