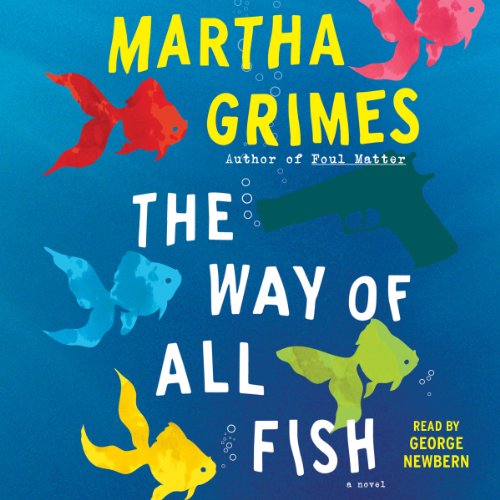 The Way of All Fish

In Grimes's new sendup of a world she knows very well, Candy and Karl, hit men with a difference - they have scruples - once again venture into the murky Manhattan publishing scene. This time they come to the aid of a writer who is being sued by her unscrupulous literary agent, L. Bass Hess, a man determined to get a 15 percent commission for a book he didn't sell.

The contract killers join forces with publishing mogul Bobby Mackenzie and mega-best-selling writer Paul Giverney to rid the mean streets of Hess, not by shooting him, but by driving him crazy. They are helped by other characters from Foul Matter and a crew of new colorful personalities, including an out-of-work Vegas magician, an alligator wrangler, a glamorous Malaysian con lady, and Hess' aunt in Everglades City, who has undergone a wildly successful sex change.

This wickedly funny sequel to Grimes's best-selling novel Foul Matter is another character-driven "satire of the venal, not to say murderous, practices of the New York publishing industry" (The New York Times Book Review).

Das sagen andere Hörer zu The Way of All Fish