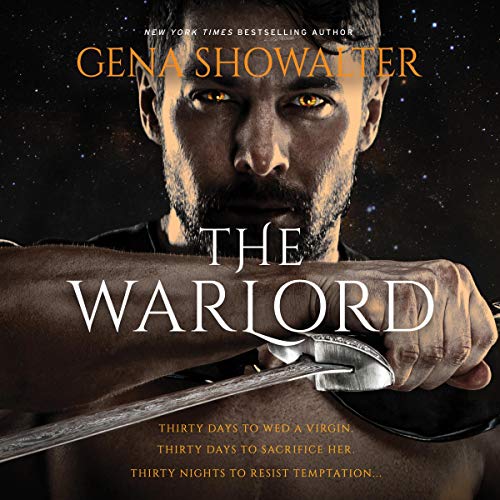 New York Times best-selling author Gena Showalter begins a dark, sexy new series - Rise of the Warlords - with a fan-favorite character from her beloved Lords of the Underworld series, Taliyah Skyhawk. The ice maiden faces off with her greatest enemy, a villain brutal beyond imagining.

For centuries, Taliyah Skyhawk has prepared to become Harpy General, leader of the deadliest female army in existence. One of the requirements? Remain a virgin. But, for a chance to save her people, she must wed the fearless leader of the Astra Planeta, Alaroc Phaethon.

The time has come for Roc to sacrifice another virgin bride to his god. There has never been a woman alluring enough to tempt him from his path. No warrioress powerful enough to overcome his incredible strength. No enchantress desirable enough to make him burn beyond reason. Until now.

With the clock ticking, war between husband and wife ignites. Except Taliyah never expected the merciless king to challenge the future she once envisioned. She certainly never anticipated the thrill of their battles turning into games.... The problem is, only one spouse can survive.

Love is a battlefield in Showalter’s The Warlord.

Don't Miss The Immortal, the second dark and sexy book in Gena Showalter's Rise of the Warlords series, featuring a cold and merciless assassin and a stubborn harpy warrior, both forced to relive the same day over and over in the hopes of saving her life.