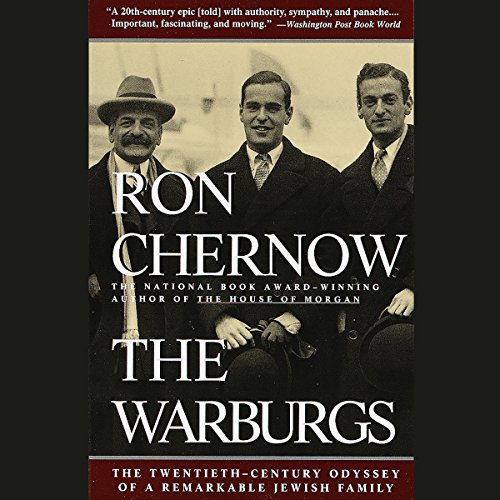 Bankers, philanthropists, scholars, socialites, artists, and politicians, the Warburgs stood at the pinnacle of German (and, later, German American) Jewry. They forged economic dynasties, built mansions and estates, assembled libraries, endowed charities, and advised a German kaiser and two American presidents. But their very success made the Warburgs lightning rods for anti-Semitism, and their sense of patriotism became increasingly dangerous in a Germany that had declared Jews the enemy.

Ron Chernow's hugely fascinating history is a group portrait of a clan whose members were renowned for their brilliance, culture, and personal energy yet tragically vulnerable to the dark and irrational currents of the 20th century.

"Splendid.... Chernow does a wonderful job fleshing out the lives of the major characters in this family drama." ( Wall Street Journal)
"[Ron Chernow] has surpassed himself in this absorbing chronicle." ( The New Yorker)
"This is grand-scale scholarship .... It is all here, along with so much of the painful, tumultuous history of our time, all in one splendid book." (David McCullough, author of Truman)