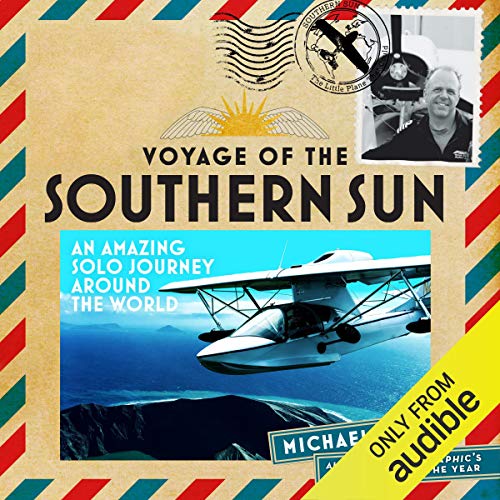 The Voyage of the Southern Sun

Michael Smith spent 20 years restoring Melbourne's beloved Sun Theatre and becoming one of Australia's last independent cinema operators. He then set off on a rather different journey: to become the first person to fly solo around the world in an amphibious plane.

With limited flying experience, no support team and only basic instruments in his tiny flying boat, the Southern Sun, Smith risked his life to make modern aviation history. His adventures include an unexpected greeting by Special Branch on his arrival in the UK, a near-death experience while leaving Greenland, and a wondrous journey up the Mississippi. In just seven months he made 80 stops around the globe, exploring 25 cities and communities, and visiting some 70 cinemas. All along the way Smith updated his online journal, cheered on by 50,000 followers.

In 2016 he was named Australian Geographic's Adventurer of the Year.