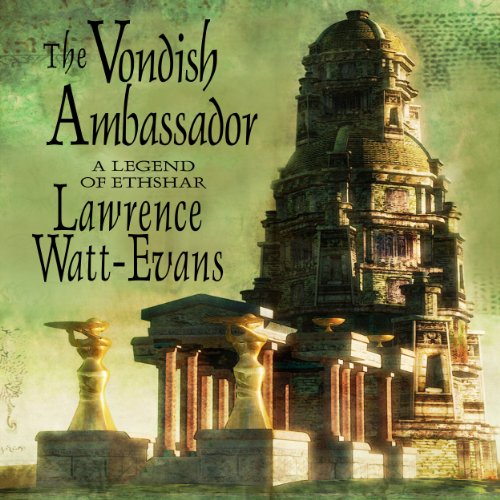 Once, not so long ago,a warlock named Vond built an empire in the southern part of the Small Kingdoms. Vond is gone, but his empire survives under the rule of a seven-person Imperial Council and a young regent named Sterren.

The Empire of Vond was hardly trouble-free after Vond's departure. Its neighbors are understandably wary of further expansion, there are questions about how Vond's magic became so potent, and so on. Most of the World, though, doesn't care - Vond is off there in the southeastern corner of the World, far away from anywhere important.

But one day a dockworker named Emmis watches a Vondish ship arrive in Ethshar of the Spices and finds himself hired as native guide and aide to someone who claims to be Vond's ambassador plenipotentiary to the overlords of the Hegemony of the Three Ethshars.

But who is the Vondish ambassador, really, and what is his true business in Ethshar? And who has followed him to the city?