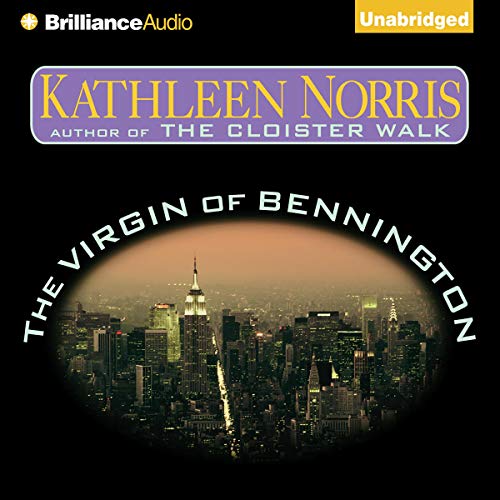 The Virgin of Bennington

The book her devoted readers have been waiting for. At last, New York Times betselling author Kathleen Norris's first continuous narrative . . .a story of sex, drugs, and poetry.

After spending her high school years in Hawaii, Kathleen Norris was woefully unprepared for Bennington College in the 1960s, with its culture of drugs, sex, and bohemianism. But it was also at Bennington that she discovered her great love of poetry, which carried her to New York City at a time when a new generation of poets was emerging and shaking up the establishment.

Working at the Academy of American Poets for her beloved mentor, Elizabeth Kray, and hanging out at clubs with Andy Warhol's crowd at night, Norris found herself immersed in an exciting and emotionally turbulent new world. Her memoir of that time - of her friendships and encounters with poets, including Jim Carroll, Denise Levertov, Gerard Malanga, Erica Jong, James Merrill, Stanley Kunitz, and James Wright - is an inspiring tribute to poetry and a stunning evocation of time and place. Her tenuous balancing act on the bridge between naïve experimentation and indirection and the more focused responsibilities of adulthood, makes for a dramatic and illuminating account of coming-of-age at a tumultuous moment in our history.

"Through three bestselling books published over the past six years, Kathleen Norris has captured [readers'] hearts and fed their souls." ( Common Boundary)