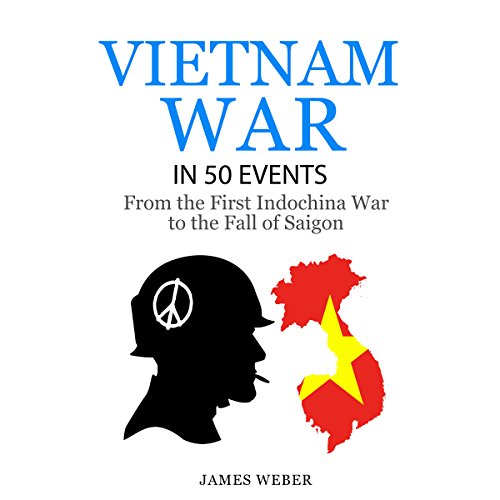 The Vietnam War in 50 Events

Do you want to learn how the Vietnam War began, was fought and ultimately won by the North Vietnamese Forces? Learn about the 50 most important events of the Vietnam War, from the First Indochina War to the fall of Saigon.

This book is perfect for history lovers. Author James Weber did the research and compiled this huge list of events and battles that changed the course of history forever. Some of them include:

The book takes you through the most important events of the Vietnam War from before the beginning of the war until its end in 1975. It contains all the major battles, fights as well as the important policies and anti-war protests in the US. Download your copy now!