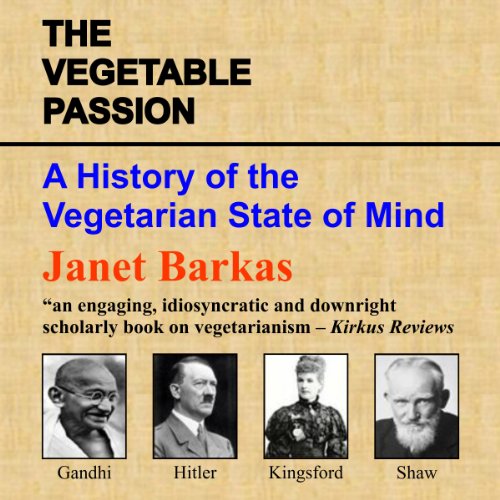 What did Adolf Hitler, George Bernard Shaw, Benjamin Frankfurt, Byron, women's rights leader Anna Kingsford, and Mahatma Gandhi have in common? They were all vegetarians. This is a digital edition of the classic exploration of vegetarianism which is just as controversial today as it was when it was first published.

Neither for or against vegetarianism, it is a social history of a way of eating as well as an exploration of the famous and infamous who practiced a meatless diet for nutritional and ethical reasons. Just some of the groups covered in The Vegetable Passion: A History of the Vegetarian State of Mind include the Pythagoreans in Greece, the Jains in India, da Vinci and the dietetic renaissance in Italy, the Doukhhobors in Russia and Canada, Richard Wagner, the communes in the U.S. and so much more.