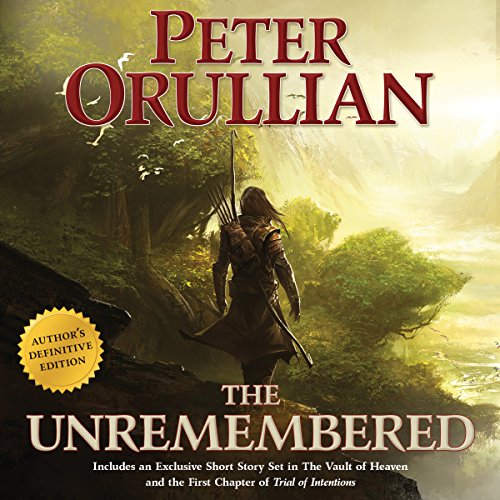 In a debut that is sure to attract enormous attention, the first novel of The Vault of Heaven takes us to a world of wonders and terrors, where an ancient evil threatens to break out of the bounds that have contained it for generations. When the gods created the world, one created monstrous creatures so powerful that he was doomed to live for eternity in the proscribed Bourne where his most odious creations were to be held, kept from the rest of the world by a magical veil that they could not breach.

Millennia passed, and the veil weakened. The people who inhabit the world know little of the terrible danger that lurks in the Bourne. When creatures begin to escape and prey upon isolated villages, news of their predations is treated as mere rumor. But those who stand against evil have seen the signs of the weakening of the veil and know that only drastic measures will prevent a devastating invasion. Tahn Junell is a hunter blissfully unaware of the dark forces that imperil in the world. Then two strangers - an imperious man who wears the sigil of the feared Order of Sheason and a beautiful woman of the legendary Far - come to the Hollows, urging Tahn, his sister, and his two best friends to leave. They will not say why, but the journey upon which they embark will change Tahn's life...and the world...forever.