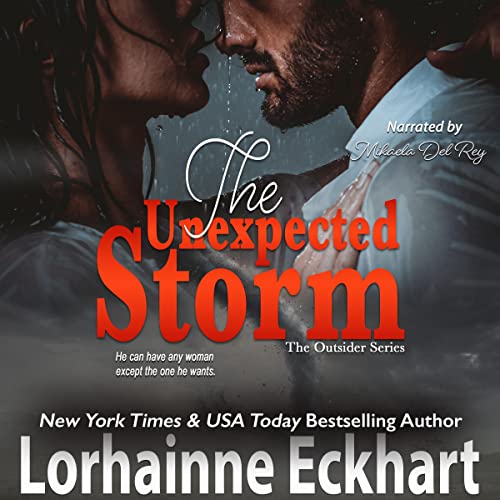 In The Unexpected Storm, Candy McRae is barely making ends meet. She's heartbroken and alone with her horses and baby donkey living hand to mouth on the most sought-after oceanfront property. Everyone wants it, including the wealthy hunk who owns the estate next door. And when he offers to buy it, she refuses. His first mistake was asking her out. His second was not meaning it. Even though he could solve all her problems, she'd rather sell to the devil himself.

Smart and sexy Neil Friessen is quite the catch. He's not only drop-dead gorgeous with a body women dream of. He's wealthy, stubborn, arrogant, and thoughtful. He attracts women, and million-dollar deals, and plans to build a resort on the property next to his. He has the plans, the money, and the resources. The only thing standing between him and his sweet deal is the dark-haired beauty who owns the property he wants.

When a storm forces everyone to evacuate, Candy refuses to leave her animals and her property. But it's Neil who shows up, Neil who rescues her.