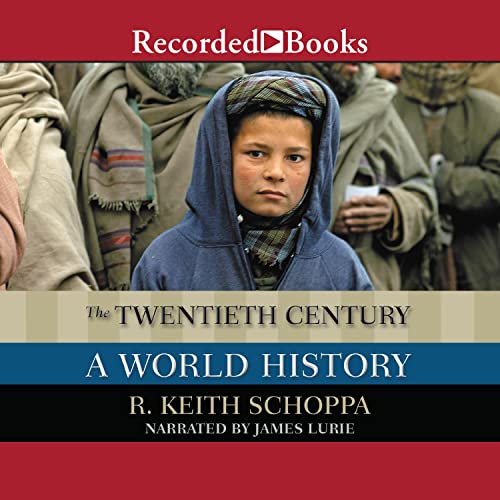 Never before had any century in history known the continually accelerating rate and scope of change experienced in the 20th century — with its revolutionary discoveries, technological inventions, political upheaval, and scientific advances, radical transformation touched virtually every arena of life.

In The Twentieth Century: A World History, R. Keith Schoppa uses a global lens spanning Africa, the Middle East, Russia, Asia and the Pacific, Europe, and the Americas. He traces the major developments of the 20th century from the rise of globalization to the dawn of the digital age; from the Great War of 1914–18 to the “great war in Africa,” conflicts that span the first genocide of the century in Namibia to that of Bosnia-Kosovo in the late 1990s. It was the “century of the refugee,” as the explosion of human violence caused significant population displacement — and it was also the century of indigenous peoples fighting off the lingering impacts of imperialism. This volume surveys various US struggles in battles for civil rights, and witnesses the 1992 collapse of Soviet communism. The century ended in a spasm of violence: four African and European national genocides and the African war, one of the 10 deadliest in history, involving nine nations, leaving 6 million dead and 5.4 million refugees.

From the collapse of empires to the rise of decolonized nation-states on the global stage, The Twentieth Century: A World History offers a rich chronological narrative of our recent past and provides a valuable historical standpoint from which to view our 21st century world.