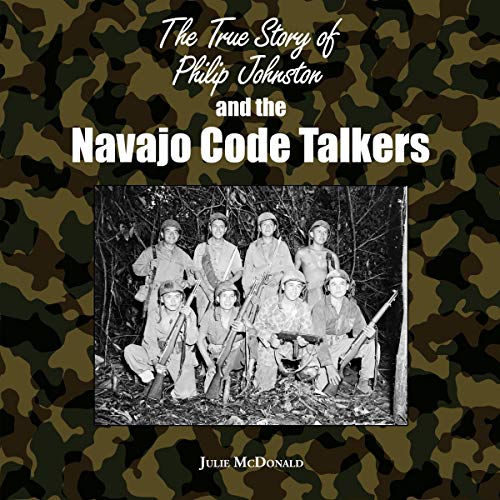 The True Story of Philip Johnston and the Navajo Code Talkers

In 1896, Philip Johnston, age four, arrived on the Navajo Reservation with his parents, William and Maggie. He grew up playing with Navajo children, riding his pony to the trading post, going with his father to visit Navajo families among many other activities. In 1901 William brought Navajo leaders to Washington to plead their case to expand the borders of the reservation. Nine-year-old Philip did all the translating and interpreting between the Navajos and President Theodore Roosevelt. Philip eventually took a job as an engineer in California, but returned to the Navajo Reservation at least once a year to visit family and Navajo friends. When the United States entered World War II after the Japanese attack of Pearl Harbor Philip was dismayed that our military efforts were failing because the Japanese were breaking all our codes. Philip Johnston had an idea!

This is a fascinating audiobook about Philip's life growing up on the Navajo Reservation and the equally fascinating story of his role with the amazing Navajo Code Talkers.