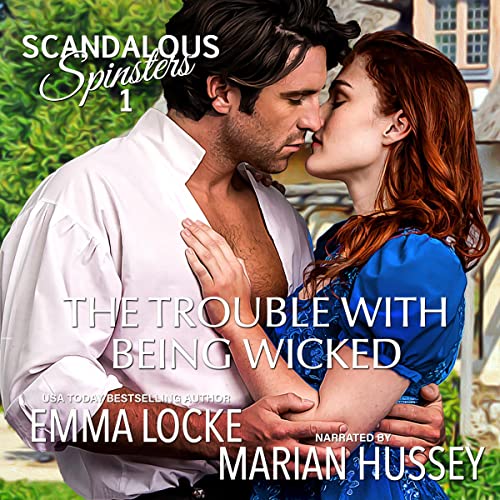 The Trouble with Being Wicked

He put her on a pedestal.

When Celeste Gray arrives in the sleepy village of Brixcombe-on-the-Bay, she thinks she's one step closer to leaving her notorious past behind. She even suspects the deliciously handsome - if somewhat stuffy - viscount next door is developing a tendre for her. That is, until the day Ashlin Lancester learns she's not the unassuming spinster she's pretending to be.

Now she has farther to fall.

After a decade of proving he is nothing like his profligate father, Ash is horrified to have given his heart to a Cyprian. He launches a campaign to prove his attraction is nothing more than a sordid reaction he can't control. But he soon learns that, unlike his father, he can't find comfort in the arms of just any woman. He needs Celeste. When he takes her as his mistress, he's still not satisfied, and the many late nights in her arms only make him want more....

Das sagen andere Hörer zu The Trouble with Being Wicked