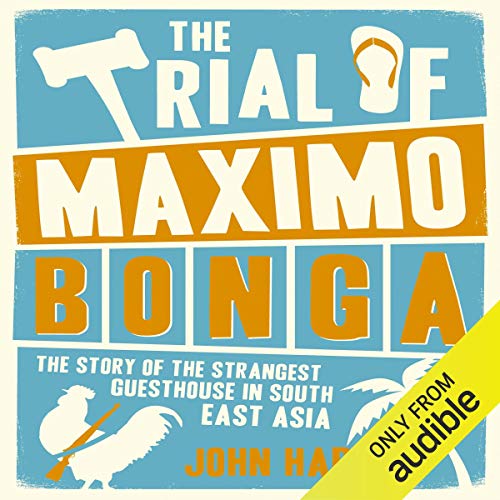 The Trial of Maximo Bonga

The Trial of Maximo Bonga

There was someone standing further along the beach, facing out to sea. An old man dressed in...I blinked...battle fatigues? Second World War US by the looks of the helmet. I looked on for a moment, squinting into the sun-streaked coconut smoke. "You won’t like Bonga’s Guest House, I can tell you now. Maximo Bonga," said the fisherman’s wife. She was lost for words, shaking her head. "Maximum Bongo?" I asked. "Bonga," she said. "It means flamboyant."

Based on a true story.

On one of Southeast Asia’s most remote beaches, a young woman’s body is found. The corrupt local police think they have found the perfect fall guy in Maximo Bonga - cantankerous World War Two veteran and owner of the weirdest guesthouse in town.

But unbeknownst to them, an unlikely friendship has been forged between Maximo and John, one of the boarders of Maximo’s guest house-cum-boot camp, where an old machine gun and camouflaged mantraps stand guard, sandbags form fences and a tyrannical pet rooster terrorises the guests.

Along with an eccentric bunch of modern-world rejects, John sets out to defend the old soldier in a kangaroo court set up at the local cockpit, in a paradise like no other.

John Harris left his job at 18 to travel and work around the world. His trip round Southeast Asia formed the background for his best-selling first book, The Backpacker. John is currently based in Vietnam.