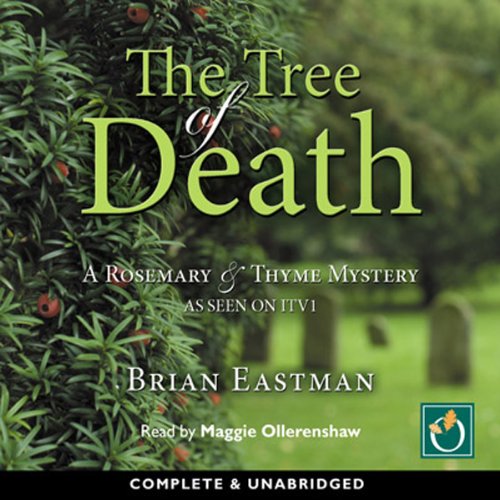 The Tree of Death

When Laura Thyme goes to Baffington to visit her cousin's recently-ordained son, she witnesses a sudden death.

A year later, Rosemary and laura return to help with an ambitious Medieval Fayre, organised by the local celebrity, Franklin Danvers. Their task is to refurbish the neglected churchyard, but on their first morning they discover a body, pierced through the heart with an arrow.

Unfortunately, most of the villagers have just received tuition in archery, and several have prived excellent shots! Almost everyone has motive, means and opportunity, so the pair must weed through a village full of suspects to uncover the true murderer.

"Rosemary and Thyme are like Miss Marple in stereo, with marigolds." (Peterborough Evening Telegraph)