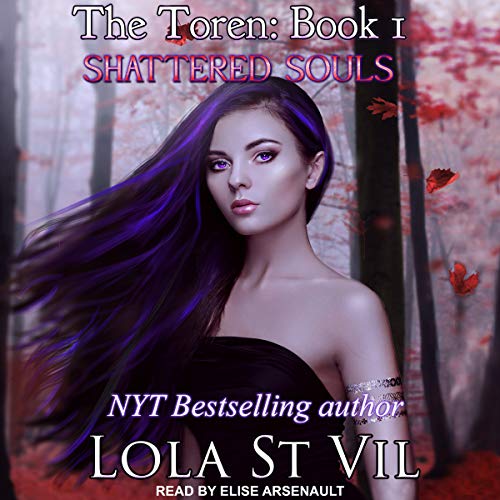 The Toren, Book I: Shattered Souls

The Toren, Book I: Shattered Souls

Summit Case has no idea why her parents gave her up or why her eyes are purple and change with her mood. The only thing she knows is that she is destined to be on the outside looking in. That is until the most popular guy in school asks her out on a date. However, instead of taking her to a movie, he parks the car in a remote section of Lower Manhattan and, after a few cryptic proclamations, stabs her in the neck.

Lucas Ford, a breathtaking angel with remarkable powers, swoops down and saves her. That's when she learns she's the descendant of a long line of formidable angels called "Noru" and that demons are seeking her out to strip her of her emerging powers. In addition, by saving her, Lucas awakens a new evil bent on the destroying all of humanity.

Her team must go on a dangerous quest to find a powerful relic that can contain the new evil. In the midst of the harrowing and bloody mission, she looks for solace in the arms of the angel she loved at first sight - Lucas. But for some reason, Lucas is cold and distant. Did she misread his feelings for her? What do you do when the angel who risked his life to save you now wants nothing to do with you?

Summit comes from a great and powerful line of female angels. But while she has their purple eyes, does she have their courage? And now that she finally has a family, will she be strong enough to hold on to them, or is she destined to lose both her family and the guy she loves?