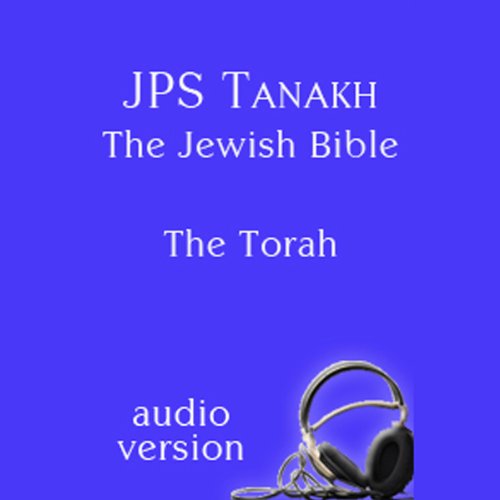 The Torah: The JPS Audio Version

The JPS TANAKH: The Jewish Bible, audio version, is a recorded version of the JPS TANAKH, the most widely read English translation of the Hebrew, or Jewish, Bible. Produced and recorded for The Jewish Publication Society (JPS) by The Jewish Braille Institute (JBI), this complete, unabridged audio version of the Torah features over 14 hours of readings by seven narrators. The Torah is the essence of Jewish tradition; it inspires each successive generation. The current JPS translation, based on classical and modern sources, is acclaimed for its fidelity to the ancient Hebrew.

Funding for this recording is made possible through the generosity of Aaron Feingold, M.D., in memory of Esther Feingold, who saw life "with a good eye" (Pirke Avot); Dr. Seymour and June Kessler, in memory of Harry and Rose Kessler, remembered with love; and Norman and Edith Weisfeld, in loving memory of Benjamin and Rose Krumholz, and David Weisfeld.