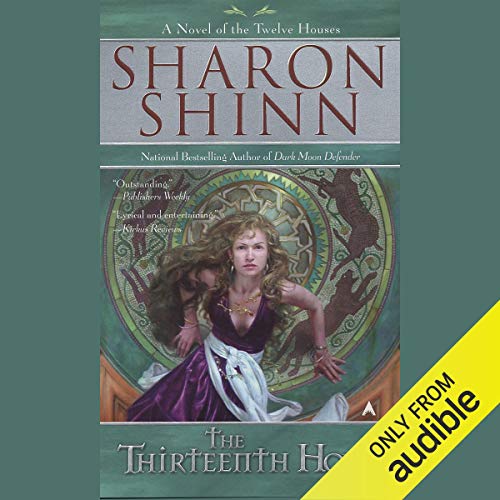 Noble-born shape-shifter Kirra Danalustrous has accepted her father's invitation to style herself as her sister - the heir of Danalustrous - and attend all the social events being held by the Twelve Houses. She is accompanied by Donnal, a peasant and shape-shifter who has served her most of her life. She is delighted to learn that Senneth, Tayse, Justin and Cammon will also be making the social circuit as they escort Princess Amalie to the summer balls.

But it's soon clear that Amalie is under attack from factions that want to overthrow the throne, and Amalie's uncle Romar, regent of the kingdom, might be in even more danger. Kirra gladly helps protect them both, though it is disastrous when she begins to fall in love with Romar. For Romar is a married man - and half of Kirra's heart already belongs to Donnal.

"Shinn....paints their journey with a lyrical grace and deep appreciation of camaraderie reminiscent of Diane Duane at her best." (Publishers Weekly)