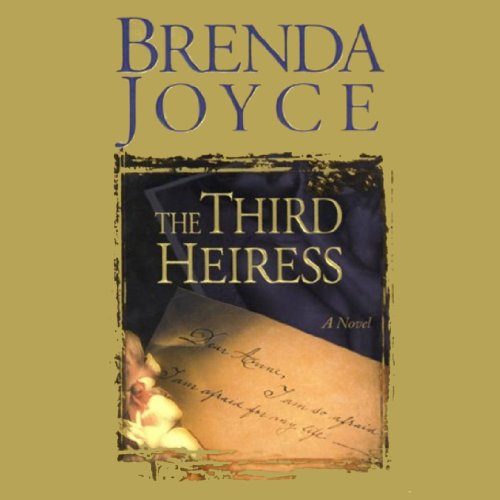 With over 7 million copies of her books in print and a name that consistently appears on the New York Times, USA Today and other national bestseller lists, Brenda Joyce's novels are imbued with rich sensuality, haunting suspense and characters whose worlds become your own. Now, Brenda Joyce delivers a richly crafted contemporary novel set in the exclusive world of the British aristocracy, where secrets remain hidden at all costs, and where one woman dares to discover a lost legacy of passion…and murder.

The Third Heiress. The tragic death of her fiance in a harrowing car accident plunges Jill Gallagher into a dark mystery. His final words to her: "I love you…Kate," force her to realize she neither truly knew this dashing British photographer, nor understood his true motives for being here in America. When she brings his body back to his English family, she enters a world of hostility, suspicion, and closely guarded secrets. Then she finds a century-old photograph of an American heiress named Kate Gallagher who looks remarkably like herself-and who disappeared nearly a century ago. What legacy of scandal has she unearthed? Who is so desperate to stop her? And can she trust the handsome, enigmatic stranger who may be her greatest ally…or a dangerous foe? At once otherworldly and vividly real, The Third Heiress is Brenda Joyce at her passionate and suspenseful best.