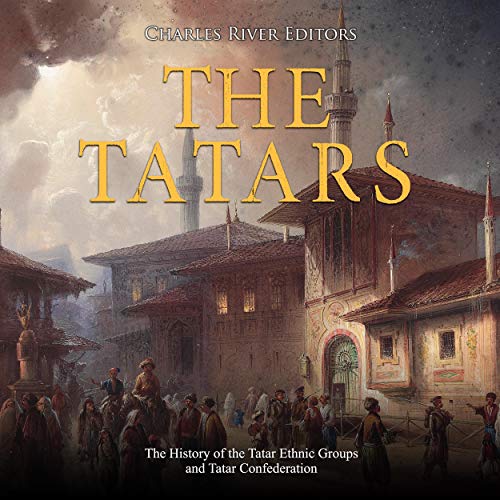 A history of the Tatar peoples covers a huge expanse of territory, time, and the rise and fall of many Tatar communities. As such, they played a role in Europe, Asia, and the Middle East over several centuries, and from Genghis Khan to Ivan the Terrible and Josef Stalin, some of history’s most infamous tyrants have played a key role in this story. Crucially, the history of the Tatars is one that seems to take place at the fringes of the great empires.

Geographically, the Tatars descended from several parts of Asia, particularly Central Asia, but the Crimean region has been the nexus of several great power rivalries and numerous conflicts. Yet, the Crimean Tatars endured through many of these, aligning themselves with a number of larger powers and developing a reputation as fearsome warriors.

Today, the Tatars are mainly linked with and live in the Volga region of the Russian Federation. Indeed, Tatarstan is a republic in modern Russia. The “Volga Tatars” are, perhaps, the best known of the peoples known as Tatars, and today, number about five million people. Yet, other Tatars and those descending from Tatars also live in modern Ukraine, Kazakhstan, Turkey, and many other countries in Europe and former Soviet republics.

What, then, defines a Tatar? Historically, Tatars have been considered ethnically Turkic and related to Central (and North) Asian peoples. In practice, this meant the Turkic and Mongol peoples who were predominantly nomadic or semi-nomadic. Tatars, for the most part, converted to Islam and their lands, once settled, were punctuated by mosques and Islamic religious practices. Perhaps, the best example of Tatar culture that survives today is in the Kazan region of Tatarstan around the Volga River, for instance the Kul-Sharif mosque in Kazan.

As the centuries progressed, the Tatars came to represent an important group within Russia and its surrounding countries, as not only members of those societies but also sitting slightly outside the establishment. One example would be Ukraine, where the Crimean Tatars were important players in the politics and trade of the region, but who were essentially independent until the Russian Empire came to dominate the Crimean Peninsula.

The Tatars represented a unique fusion of Central Asian culture, style, and practices, and in many ways, they represent the crossroads between East and West. However, for centuries, they also represented the marauding hordes of Eastern invaders who remained in the Ukraine and Russia region and appeared to be engaged in perpetual war.

Once the Tatars had been incorporated into the Russian Empire and then its successor the Soviet Union, they were often discriminated against. In the case of Soviet leader Josef Stalin’s rule, that meant deportation as “suspicious” fifth columnists. The Tatars would fight for repatriation up until the end of the Soviet period and beyond.

The Tatars: The History of the Tatar Ethnic Groups and Tatar Confederation looks at the origins of the ethnic groups, their place in medieval times, and their impact on various modern nations.