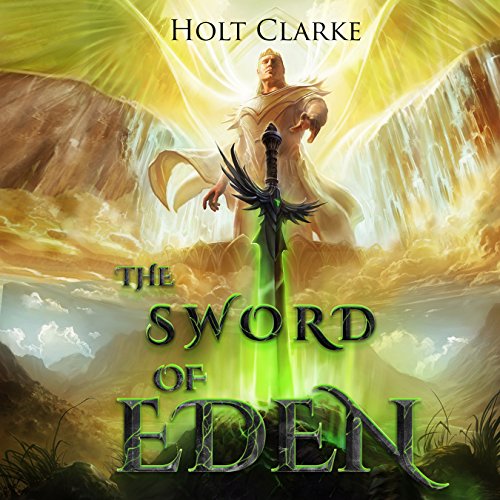 The Sword of Eden

"Redemption is won in the light but is wrought in the darkness."

The Angelic War rages as Satariel, the Prince of Darkness masterminds an insurgence that splinters and divides allegiances with a third of the angels embracing the Darkness joining him in an all-out rebellion against the Creator. Metatron, the Prince of Light, leads the faithful against his twin brother, Satariel, in a desperate effort to restore and unite the seven kingdoms that comprise Heaven. The Angelic War has reached critical mass with Eden caught in the crosshairs, the target of Satariel's diabolical plan to unleash Armageddon, spawning death and destruction of biblical proportions threatening the extinction of humankind.

In the wake of an enormous loss, Dalton Orion creates a new life for himself living amidst the tranquil beauty of paradise on Kaua'i. Discovering a mythical artifact, Dalton is forced to confront his haunting past and come to terms with a shattered faith setting him on a collision course with a destiny that will ultimately decide the fate of Eden.

The Sword of Eden launches a compelling and provocative supernatural series unpacking the symbiotic relationship between good and evil, angels and humans, the natural and supernatural; that drives our common hopes and dreams. Filled with twists and turns, complex characters, intriguing sub-plots, and ancient mysteries; prepare to strap yourself in for a pulse-pounding, fast-paced experience of a literary ride. Forging elements of Star Wars and Dante's Inferno, Holt Clarke creates a completely innovative and enthralling epic saga.