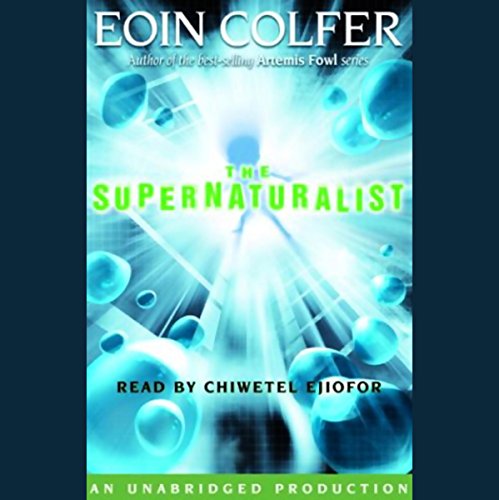 In the future, in a place called Satellite City, 14-year-old Cosmo Hill enters the world, unwanted by his parents. He's sent to the Clarissa Frayne Institute for Parentally Challenged Boys. Freight class.

At Clarissa Frayne, the boys are put to work by the state, testing highly dangerous products. At the end of most days, they are covered with burns, bruises, and sores. Cosmo realizes that if he doesn't escape, he will die at this so-called orphanage.

When the moment finally comes, Cosmo seizes his chance and breaks out with the help of the Supernaturalists, a motley crew of kids who all have the same special ability as Cosmo: they can see supernatural Parasites, creatures that feed on the life force of humans. The Supernaturalists patrol the city at night, hunting the Parasites in hopes of saving what is left of humanity in Satellite City. Or so they think. The Supernaturalists soon find themselves caught in a web far more complicated than they imagined, when they discover a horrifying secret that will force them to question everything they believe in.

The story is set in the future where you should not questioning all the details about the existence or possible existence of the technical gadget described. Take them as there are. As the author of the -Artemis Fowl series- Eoin Colfer has a well-deserved reputation as a premier storyteller and proved to be interesting for adult, too. The plot has some nice twists but is not too complicated. Colfer wrote plenty of action without being overly gruesome or violent and a good selection of characters, which are interesting, mysterious or fun. The story begins with Cosmo Hill a 15-year-old boy who lives at the Clarisa Fayne Institute for Parentally Challenged Boys. This orphanage is for children without biological or adoptive parents and here they conduct scientific experiments on the children. The description makes Oliver Twist's orphanage look like a nice vacation home. Cosmo Hill gets a change to escape and breaks free of Charissa Frayne and before he is found by anyone, who would deliver him back he is rescued by a group that call themselves the Supernaturalists because they can see the so called -Parasites-, blue creatures who are believed to suck the life source from humans if they are injured. Colfer writes very well even if you have to pay close attention during the action sequences to follow the plot and understand everything what is going on. Thank goodness the narrator is able to vary his voice incredibly and creates such a vast selection of dialects and accents, that you are able to get nearly all details. The Supernaturalists is not as good as the Artemis Fowl series but still very good entertainment.