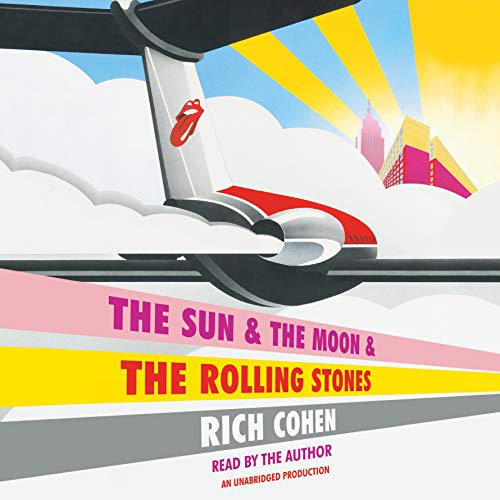 The Sun & the Moon & the Rolling Stones

The Sun & the Moon & the Rolling Stones

A gritty, one-of-a-kind backstage account of the world’s greatest touring band, from the opinionated music journalist who was along for the ride as a young reporter for Rolling Stone in the 1990s

A book inspired by a lifelong appreciation of the music that borders on obsession, Rich Cohen’s fresh and galvanizing narrative history of the Rolling Stones begins with the fateful meeting of Mick Jagger and Keith Richards on a train platform in 1961 - and goes on to span decades, with a focus on the golden run - from the albums Beggars Banquet (1968) to Exile on Main Street (1972) - when the Stones were at the height of their powers. Cohen is equally as good on the low points as the highs, and he puts his finger on the moments that not only defined the Stones as gifted musicians schooled in the blues, but as the avatars of so much in our modern culture. In the end, though, after the drugs and the girlfriends and the bitter disputes, there is the music - which will define, once and forever, why the Stones will always matter.

“Fabulous.... The research is meticulous.... Cohen’s own interviews even yield some new Stones lore.” (The Wall Street Journal)

“[Cohen] can catch the way a record can seem to remake the world [and] how songs make a world you can’t escape.” (Pitchfork)

“No one can tell this story, wringing new life even from the leathery faces of mummies like the Rolling Stones, like Rich Cohen.... The book beautifully details the very meaning of rock ’n’ roll.” (New York Observer)

“Masterful.... Hundreds of books have been written about this particular band and [Cohen’s] will rank among the very best of the bunch.” (Chicago Tribune)

"Cohen has arrived as one of the greatest social and cultural historians of postwar 20th-century America. By gracefully blending fastidious reporting, lucid commentary, and an unabashed love for his subjects, Cohen has managed to write about gods and elevate them into human beings." (Richard Price)
"This is a completely fascinating book. Rich Cohen locks into everything that's crazy and passionate about the Rolling Stones while never losing his clear-sighted presence of mind. Funny, soulful, impeccably reported, and beautifully written, this will be the book about the Stones that will last." (Ian Frazier)
"Cohen is one of the select few to be invited behind the curtain of the Rolling Stones' real-life rock 'n' roll circus, but he never loses the perspective of having once been a kid staring in awe at his brother's poster of the band." (Alan Light)