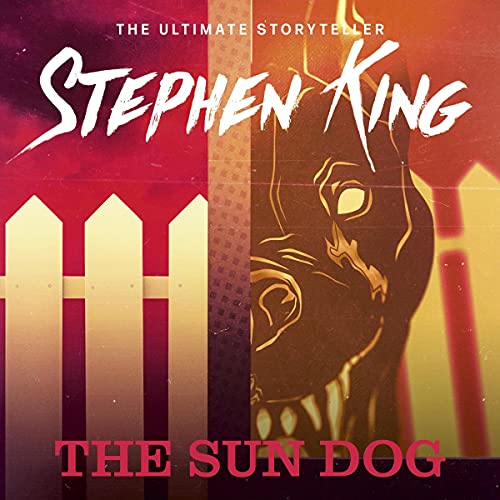 The number one best-selling author Stephen King's novella The Sun Dog, published in his award-winning 1990 story collection Four Past Midnight, is now available as a stand-alone publication.

It's mine - that was what he had thought when his finger had pushed the shutter-button for the first time. Now he found himself wondering if maybe he hadn't gotten that backward.

Kevin Delevan wants only one thing for his 15th birthday: a Polaroid Sun 660.

There's something wrong with his gift, though. No matter where Kevin aims the camera, it produces a photograph of an enormous vicious dog. In each successive picture, the menacing creature draws nearer to the flat surface of the Polaroid film as if it intends to break through.

When old Pop Merrill, Castle Rock's sharpest trader, gets wind of this phenomenon, he devises a way to profit from it. But the Sun Dog, a beast that shouldn't exist at all, turns out to be a very dangerous investment.