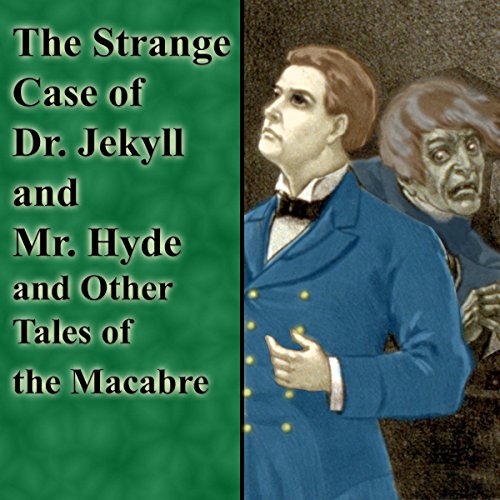 The Strange Case of Dr. Jekyll and Mr. Hyde and Other Tales of the Macabre

Before the Twilight Zone, the films of Hitchcock, and the music of Nick Cave, that human compulsion to wander awhile in the darkness was satisfied by some of the greatest minds ever to put pen to paper. This audiobook original presents a selection of haunted stories from the late Victorian era and performed by a cast of vocal legends, including Walter Covell and Jack Benson.

The selection begins with the psychological horror of that split personality, the infamous Dr. Jekyll, and finishes with a horrific tale of a haunted schooner, "The Upper Berth", by F. Marion Crawford. Along the way, the listener is treated to the twisted minds of Ambrose Bierce, Bram Stoker, and other undisputed masters of the macabre. This is Halloween for your ears.

Robert Louis Stevenson's The Strange Case of Dr. Jekyll and Mr. Hyde is one of the best tales of the macabre ever written. It is presented here in its entirety, along with eight other incredible tales, including:

Das sagen andere Hörer zu The Strange Case of Dr. Jekyll and Mr. Hyde and Other Tales of the Macabre