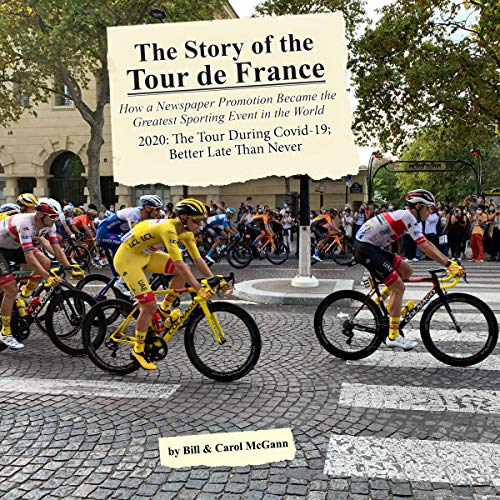 The Story of the Tour de France

This telling of the 2020 Tour de France is a supplement to our two-volume The Story of the Tour de France: How a Newspaper Promotion Became the Greatest Sporting Event in the World, and the first supplement, 2019: A Year of New Faces.

Volume one told the story of the Tour’s origins and of each edition of the race from 1903 through 1975 - the year Bernard Thévenet was able to conquer the Belgian Lion, Eddy Merckx, and hold the great racer to five Tour wins.

Volume two picked up the race in 1976 with super-climber Lucien van Impe’s victory and took it through 2018 and Welshman Geraint Thomas’ 111-second win over Tom Dumoulin.

The 2019 race had a stunning surprise winner in 22-year-old Egan Bernal, the youngest rider to wear the race-leader’s Yellow Jersey in Paris since that jersey was first awarded in 1919, and the third-youngest rider ever to have won the Tour de France.

Except for the two world wars, the Tour has been run annually since that 1903 race, and yearly addendums seem the best way to keep telling the story. So please join us as we go on the 107th trip around La Belle France. Let’s see how those new faces of the 2019 Tour did in 2020.