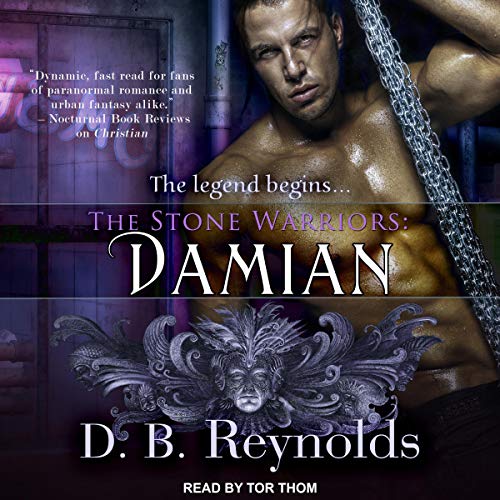 Damian Stephanos honed his skills in battles fought with magic as much as swords. Caught by a deadly spell that left him trapped for centuries in darkness and obscurity, he is finally freed, only to discover that his enemy still lives. Determined to find him - and to free his brothers in arms - he first must fulfill his blood debt to the woman who released him from his torment. Unfortunately, being so close to this enticing female is another type of torment altogether....

Cassandra "Casey" Lewis is a hunter. Possessing the rare ability to sense magic, she spends most of her time shadowing arcane collectors, and more often than not, stealing the dangerous artifacts she pursues. Her job is risky, especially when she's stealing from one of the most powerful sorcerers alive. But having a gorgeous warrior by her side is a definite bonus. He's great in a fight...and in other places, too.

Risking everything, including their hearts, they're about to discover that trusting each other might be the hardest thing of all.