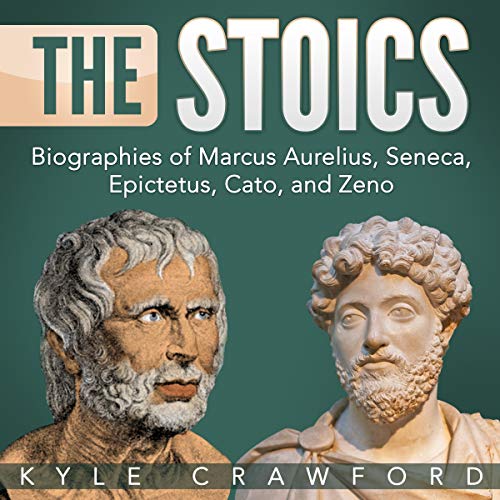 Stoicism is a school of Hellenistic philosophy founded by Zeno of Citium in Athens in the early third century BC. It was heavily influenced by certain teachings of Socrates.

Stoicism is predominantly a philosophy of personal ethics informed by its system of logic and its views on the natural world. According to its teachings, as social beings, the path to happiness for humans is found in accepting the moment as it presents itself, by not allowing oneself to be controlled by the desire for pleasure or fear of pain, by using one’s mind to understand the world and to do one’s part in nature's plan, and by working together and treating others fairly and justly.

This audiobook contains biographies on five prominent Stoics: Marcus Aurelius, Seneca, Epictetus, Cato, and Zeno. Get an inside look at the lives of the men who made Stoicism famous.