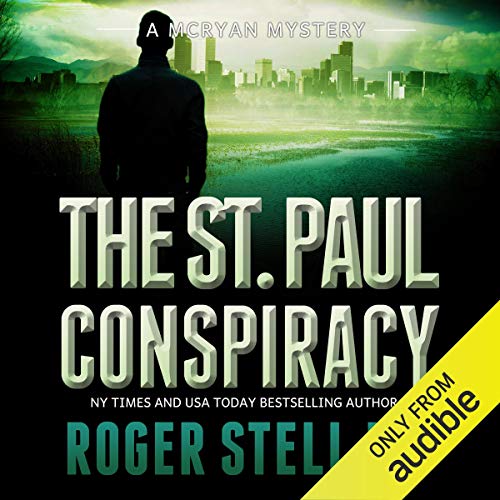 Murder... Greed... Treason... The morning after Halloween, the city of St. Paul awakens to find that a serial killer terrorizing the blue-collar working women of University Avenue has struck for the fifth time.

Thirty-two-year-old, fourth-generation St. Paul Homicide Detective Michael "Mac" McRyan thought his day was going to be less stressful. His day would involve paper work, coffee, and maybe even an early trip to the pub. Then his cell phone tells him his day is about to change. A body has been found in a high-end condominium between Summit and Grand Avenues; and it's not just anyone.

"Your day just got worse," Mac tells his captain. The victim is Claire Daniels, the Twin Cities' most prominent political and investigative reporter. Claire was stunningly attractive. She had blonde hair, blue eyes and a curvaceous body she worked on relentlessly. Claire was the desire of every man in town.

With the Daniels murder on top of the latest serial killer attack, the political and media pressure on the St. Paul Police Department only builds and places Mac in the middle of a dangerous and high-stakes murder investigation that will ultimately have national political and security implications.

New York Times and USA Today best-selling author Roger Stelljes delivers an action packed story in the McRyan Mystery Series. Vince Flynn described Roger as: "A powerful new thriller voice." Stelljes' vivid characters, his gift for gritty and real dialogue, as well as his uncanny sense of place and time, will put you in the middle of the action allowing you to feel the desperation of Mac McRyan and his fellow detectives.