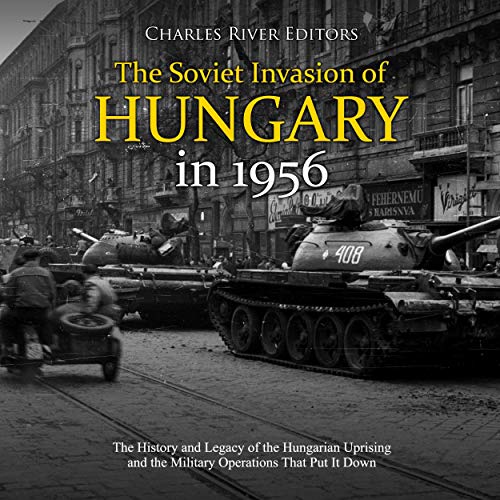 The Soviet Invasion of Hungary in 1956

For 30 years, much of the West looked on with disdain as the Bolsheviks took power in Russia and created and consolidated the Soviet Union. As bad as Vladimir Lenin seemed in the early 20th century, Joseph Stalin was so much worse that Churchill later remarked of Lenin, “Their worst misfortune was his birth...their next worst his death”. Before World War II, Stalin consolidated his position by frequently purging party leaders (most famously Leon Trotsky) and Red Army leaders, executing hundreds of thousands of people at the least. And in one of history’s greatest textbook examples of the idea that the enemy of my enemy is my friend, Stalin’s Soviet Union allied with Britain and the United States to defeat Hitler in Europe during World War II.

As it turned out, however, the Soviets would not cede any of the territory the Red Army took while pushing the Wehrmacht back to Berlin in the latter stages of World War II, ensuring that the Iron Curtain would envelop much of Central and Eastern Europe. In almost no time at all, most of these countries were transformed into authoritarian, communist, one-party states, and opponents were exiled or jailed.

In 1955, Moscow had brought together all the satellites as part of the Warsaw Pact, a collective security organization to challenge the North Atlantic Treaty Organization (NATO), which had been founded in 1949 by the United States and Western European allies. Nonetheless, the mid-1950's were tumultuous for the Soviet Bloc. Several countries saw Stalin’s death and the apparent change of direction, even the softening of policy under Khrushchev, as an opportunity to pursue a reformist path. In East Germany, Poland, and Hungary, demonstrations against the communist regimes induced uncertainty, and Hungarian leaders attempted to incorporate the protestors and orientate themselves towards the West, leading to a notorious Soviet invasion.

Only occasionally did the peoples of the so-called Eastern Bloc attempt to break free from the status quo, or at least register their dissatisfaction. These mass demonstrations and uprisings act as markers of the Cold War, including 1953 in East Berlin, 1968 in Czechoslovakia, 1980-81 in Poland, and, of course, 1989 in East Germany, Czechoslovakia, and Romania. The fall of the Berlin Wall is likely the most famous, but the uprising with the greatest impact on the bulk of the Cold War took place in Hungary in 1956, when protestors took to the streets to demand freedom from tyranny and a greater say in their own destiny.

When the Hungarians rose up against the status quo in October 1956, they were met with a brutal response from Moscow. The history of Hungary is one of a country that experienced almost constant expansion and contraction, along with waves of autonomy and domination. It is this sense of history that played such a dominant role in 1956 and why the suppression of the Hungarian Revolution has such a searing place in the national consciousness. Above all, 1956 brought about a sense of helplessness that Hungary had little chance to tread a path of national self-determination, as the threat of Soviet military intervention hung over the country.

Of course, that was the Soviets’ intention all along. By crushing the Hungarian Uprising, the Soviets dampened the hopes of the people of Central and Eastern Europe that they might be able to pursue a more independent-minded path. The one exception to this rule would be Tito’s Yugoslavia.

The Soviet Invasion of Hungary in 1956: The History and Legacy of the Hungarian Uprising and the Military Operations That Put It Down looks at the events that brought about the most famous rebellion against Soviet authority during the Cold War; you will learn about the Soviet invasion of Hungary like never before.