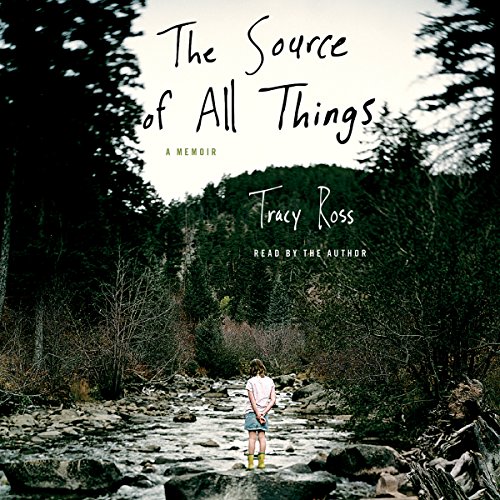 The Source of All Things

The Source of All Things

Tracy Ross never knew her biological father, who died after a brain aneurysm when she was still an infant. So when her mother married Donnie, a gregarious man with an all-wheel-drive jeep and a love of hiking, four-year-old Tracy was ecstatic to have a father figure in her life. A loving and devoted step-father, Donnie introduced Tracy's family to the joys of fishing, deer hunting, camping, and hiking among the pristine mountains of rural Idaho. Donnie was everything Tracy dreamed a dad would be: protective, brave, and kind. But when his dependence on his eight-year-old daughter's companionship went too far, everything changed.

Once Donnie's nighttime visits began, Tracy's childhood became a confusing blend of normal little girl moments and the sickening, secret invasion of her safety. Tormented by this profound betrayal, Tracy struggled to reconcile deeply conflicting feelings about her stepfather: on the one hand, fear and loathing, on the other hand, the love any daughter would have for her father. It was not until she ran away from home as a teenager that her family was forced to confront the abuse, and it tore them apart.

At 16, realizing that she must take control of her own future, Tracy sent herself to boarding school and began the long, slow process of recovery. There, in the woods of Northern Michigan, Tracy felt called back to the natural world she had loved as a child. Over the next 20 years, the mountains and rivers of North America provided Tracy with strength, confidence, comfort, and inspiration. From trekking through the glaciers of Alaska to guiding teenagers through the deserts of Utah, Tracy pushed herself to the physical limit on her way to becoming whole again. Yet, as she came into her own, found love, and even started a family, Tracy realized that in order to truly heal she had to confront her stepfather about the demons from the past haunting them both.

"Though the abuse is a defining moment in her life, it is not the sole focus of her book. She details her love for the natural world - a passion first cultivated by Lee - with stints in New Mexico, Alaska, and Colorado. But it's the return to Redfish Lake with Lee, 30 years after the abuse began there, that is the soul of this compelling story." ( Publishers Weekly)
"Brave and heartbreaking... her courageous story will bring solace and inspiration to others drowning in fear and lacking a voice of their own." ( Elle)
"Disturbing but beautifully written... [We've] heard stories like these before, but rarely in such clear, unsentimental prose." ( O magazine)
Hörerbewertungen
Bewertung
Gesamt
Sprecher
Geschichte