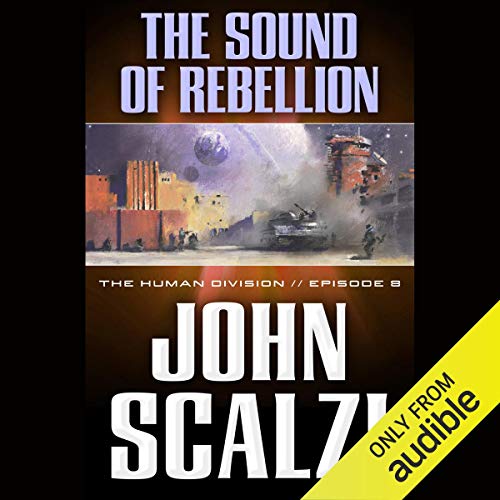 The Sound of Rebellion

The Colonial Defense Forces usually protect humanity from alien attack, but now the stability of the Colonial Union has been threatened, and Lieutenant Heather Lee and her squad are called to squash a rebellion on a colony world. It seems simple enough - but there’s a second act to the rebellion that finds Lee captive, alone, and armed with only her brains to survive.

The Sound of Rebellion is a tale from John Scalzi's The Human Division, a series of self-contained but interrelated short stories set in the Old Man's War universe.