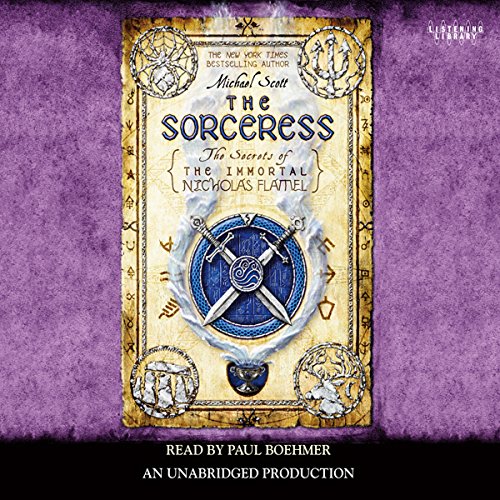 Nicholas Flamel appeared in J.K. Rowling’s Harry Potter - but did you know he really lived? And his secrets aren't safe! Discover the truth in book three of the New York Times best-selling series the Secrets of the Immortal Nicholas Flamel.

The problem: Perenelle Flamel is trapped. What’s worse: Sophie and Josh might soon be as well.

Paris was destroyed by John Dee and Niccolo Machiavelli, but the missing pages of the Book of Abraham the Mage are still protected from Dee and the Dark Elders.

Except Perenelle is imprisoned on Alcatraz and now Scatty is missing, leaving a weakening Nicholas as Sophie and Josh's only protection in Lond, a city Dee has under his control.

The only hope of defeating Dee and escaping London is to find an Elder to teach the twins the third elemental magic - Water Magic. The bad news? The lone option is Gilgamesh the King, and he is absolutely insane.

Listen to the whole series!

"The Secrets of the Immortal Nicholas Flamel has everything you loved about Harry Potter, including magic, mystery, and a constant battle of good versus evil." (Bustle)