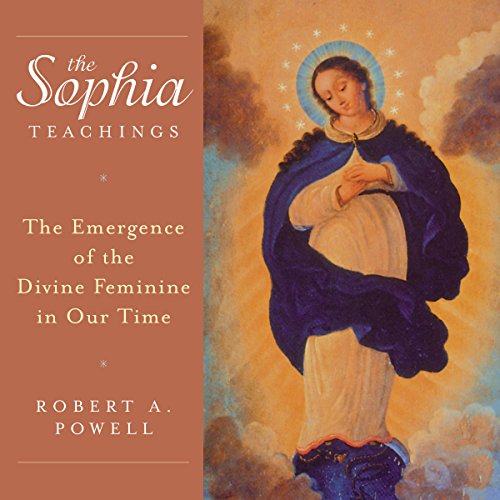 In The Sophia Teachings, scientist and scholar Robert Powell uncovers a secret stream of wisdom flowing through the heart of Christianity: the feminine principle known in Greek as "Sophia", or Holy Wisdom herself. This sacred embodiment - named in the Old Testament as the first living being made by God - has comforted and guided seekers of truth in every age and culture, including our own.

Who is this spirit of the divine feminine, and what does she mean to us today? In this epic work of spiritual biography, Robert Powell unveils Holy Sophia's path from ancient goddess to our modern archetype of feminine wisdom. He surveys the wonders and wisdom associated with this unacknowledged treasure from Christianity's mystical past, spanning the Greek philosophers ("lovers of Sophia") to King Solomon (the archetypal seeker of wisdom) to the cosmic visions of Hildegard von Bingen and the Russian Orthodox "Sophiologists" of this century. Communion with Holy Sophia, Powell shows, has profoundly influenced the very foundations of our civilization and its spiritual development.

Why was Sophia hidden in the teachings of early Christianity? What central role did Sophia play in the spirituality of the ancient world? How is Holy Sophia connected with the book of Revelation and the second coming of Christ? Combining historical facts with theological insights, Powell vividly portrays this beloved figure's rebirth in our time as a source of supreme comfort and higher inspiration.

Essentially concealed for generations, Sophia is now emerging to serve a pivotal role in the next phase of world evolution. Powell explores the Christian esoteric secrets of Sophia in detail for the first time, offering instructions on how each human being can begin to more fully embody the wisdom of Sophia. The Sophia Teachings represents the most complete attempt yet to unveil and embrace the "Mother of all humanity": Holy Sophia.