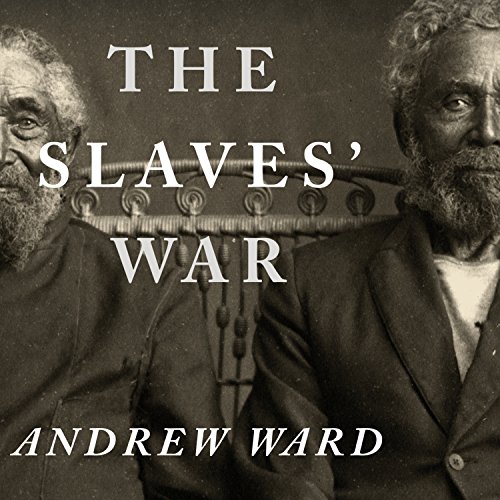 This is the first narrative of the Civil War told by the very people that it freed. Groundbreaking, compelling, and poignant, The Slaves' War delivers an unprecedented vision of the nation's bloodiest conflict.

An acclaimed historian of 19th-century and African American history, Andrew Ward gives us the first narrative of the Civil War told from the perspective of those whose destiny it decided. Woven together from interviews, diaries, letters, and memoirs, here is the Civil War as seen not only from battlefields and camps but also from slave quarters, kitchens, roadsides, and fields.

Speaking in a quintessentially American language of biblical power and intensity, body servants, army cooks and launderers, runaways, teamsters, and gravediggers bring the war to life.

From slaves' theories about the war's causes to their frank assessments of such figures as Lincoln, Davis, Lee, and Grant; from their searing memories of the carnage of battle to their often startling attitudes toward masters and liberators alike; and from their initial jubilation at the Yankee invasion of the slave South to the crushing disappointment of freedom's promise unfulfilled, The Slaves' War is an engrossing vision of America's Second Revolution.

"A fresh angle and a wealth of material." ( Kirkus)
"A riveting book about the most important event in our history, from the perspective of those most affected by its outcome....An antidote to all the mythologizing that has over the years smothered this moral tale." (Ken Burns)