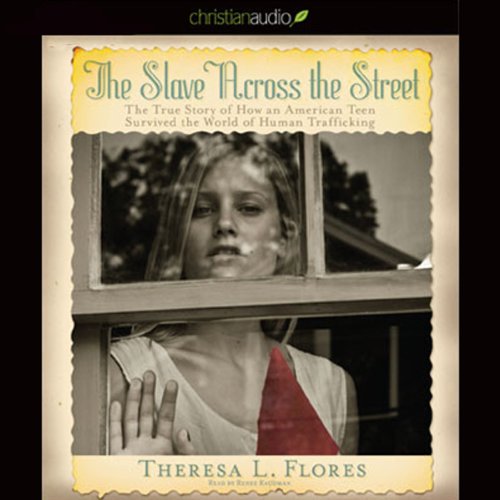 The Slave Across the Street

While more and more people each day become aware of the dangerous world of human trafficking, most people in the U.S. still believe this is something that happens to foreign women, men, and children - not something that happens to their own. In this powerful true story, Theresa Flores shares how her life as an All-American, blue-eyed, blond-haired, 15-year-old teenager, who could have been your neighbor, was enslaved into the dangerous world of sex trafficking while living in an upper-middle class suburb of Detroit.

Her story peels the cover off of this horrific criminal activity and gives dedicated activists as well as casual bystanders a glimpse into the underbelly of trafficking. And it all happened while living at home without her parents ever knowing about it.

Involuntarily involved in a large underground criminal ring, Ms. Flores endured more as a child than most adults will ever face their entire lives. In this book, Ms. Flores discusses how she healed the wounds of sexual servitude and offers advice to parents and professionals on preventing this from occurring again, educating and presenting significant facts on human trafficking in modern day America.

Das sagen andere Hörer zu The Slave Across the Street