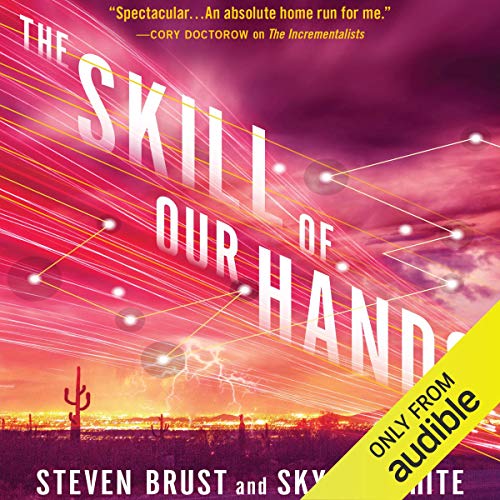 The Skill of Our Hands

"Secret societies, immortality, murder mysteries and Las Vegas all in one book? Shut up and take my money." (John Scalzi on The Incrementalists)

The Incrementalists are a secret society of 200 people - an unbroken lineage reaching back 40 thousand years. They cheat death, share lives and memories, and communicate with one another across nations and time. They have an epic history, an almost magical memory, and a very modest mission: to make the world better, a little bit at a time.

Now Phil, the Incrementalist whose personality has stayed stable through more incarnations than anyone else's, has been shot dead. They'll bring him back - but first they need to know what happened. Their investigation will lead down unexpected paths in Arizona, and bring them up against corruption, racism, and brutality in high and low places alike.

But the key may lay in one of Phil's previous lives, in "Bleeding Kansas" in the late 1850s - and the fate of the passionate abolitionist we remember as John Brown.

Steven Brust and Skyler White's The Skill of Our Hands is the thrilling and thought-provoking follow-up to their critically acclaimed The Incrementalists.

Das sagen andere Hörer zu The Skill of Our Hands