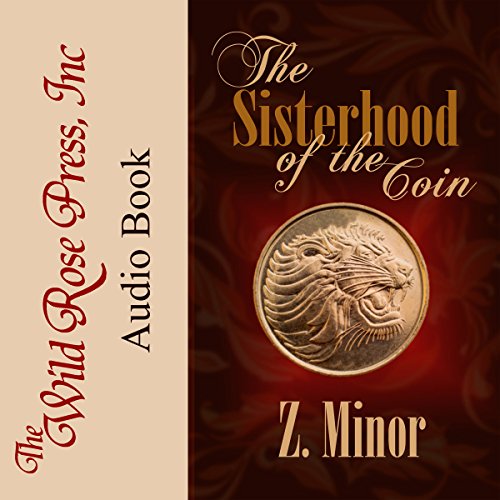 The Sisterhood of the Coin

Nicola Highbridge travels to London to honor a childhood pledge and foil a plot that threatens both the British Museum and her sister who works there. But wherever she goes, she crosses paths with a disturbing workman who both distracts and attracts her.

Clay Barber, Earl of Woodhaven, is a government agent in disguise. In London to ferret out a terrorist group and put an end to the cutthroats' escalating plans, he finds himself fascinated by Nicola's herbal healing skills and drawn into the parallel criminal world threatening her life.

When he realizes she is the type of independent woman he has been looking for his entire adult life, he wants to run. Nicola has her own reasons for not allowing herself to be attracted to the tall, dark, handsome man always in her path and in her thoughts.

Meeting death is an ever-present possibility. Finding everlasting love amidst the chaos of intrigue and betrayal is a more dangerous dream.

Das sagen andere Hörer zu The Sisterhood of the Coin