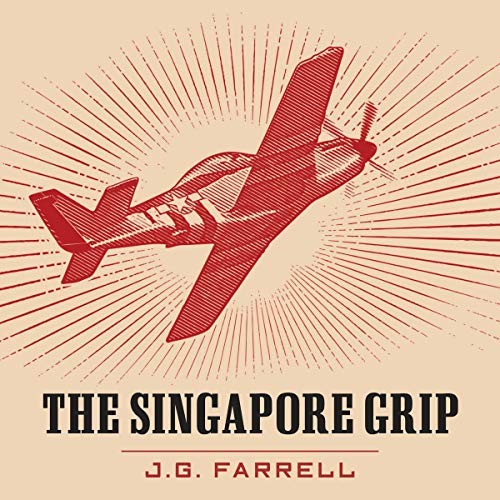 Singapore, 1939: Life on the eve of World War II just isn't what it used to be for Walter Blackett, head of British Singapore's oldest and most powerful firm. No matter how forcefully the police break one strike, the natives go on strike somewhere else. His daughter keeps entangling herself with the most unsuitable beaus, while her intended match, the son of Blackett's partner, is an idealistic sympathizer with the League of Nations and a vegetarian. Business may be booming - what with the war in Europe, the Allies are desperate for rubber and helpless to resist Blackett's price-fixing and market manipulation - but something is wrong. No one suspects that the world of the British Empire, of fixed boundaries between classes and nations, is about to come to a terrible end.

A love story and a war story, a tragicomic tale of a city under siege and a dying way of life, The Singapore Grip completes the Empire Trilogy that began with Troubles and the Booker prize-winning Siege of Krishnapur.