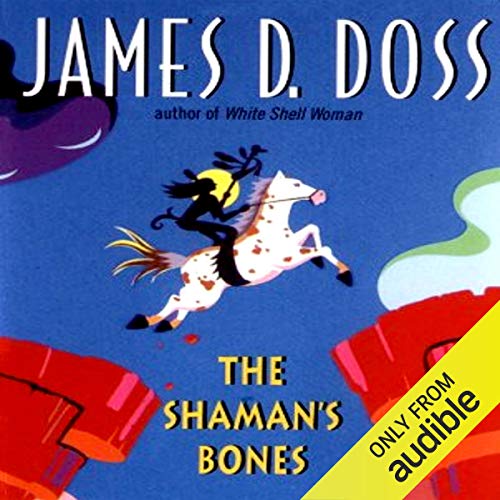 A young Ute - the indigenous Native American people of the Great Basin - and a highway patrolman are slaughtered in the most disturbing of ways. And the unknown killer is still on the loose in the expansive American West.

Capturing whoever committed these two horrible murders - and possibly many others - will take an equal mixture of traditional police detective work as well as relying on the magic of shamans, psychics, and restless Native American spirits.

The Shaman’s Bones, leisurely narrated like a wise mother by Romy Nordlinger, is a transfixing and unorthodox crime audiobook that should appeal to both hard-boiled fiction fans and appreciators of black art myths.

A women of the Tohono O'otam tribe has been savagely - and ritually - murdered in Wyoming, outside the jurisdictions of Granite Creek, Colorado, Police Chief Scott Parris and Ute tribal policeman Charlie Moon. But a brutal, unprovoked assault by the suspected killer on one of Parris's detectives - and the dark, unsettling visions of Charlie's shaman aunt, Daisy Perika - are pulling two dedicated lawmen and an aging Native American mystic into the hunt.

Daisy's dreams of raining blood tell her that more will die. Despite the healthy skepticism of his good friend Moon, Parris is inclined to heed the shaman's dire warnings. But the trail of a murderer is leading them all to perilous and unexpected places, where secrets of past betrayals and treacherous tribal politics are buried, and where the pursuit of a stolen Power has turned some men greedy and hungry... and deadly.