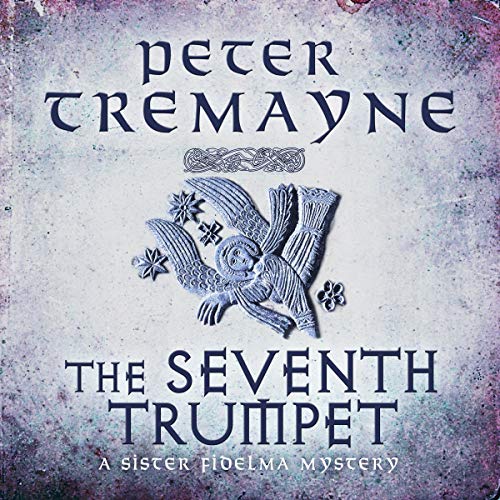 Sister Fidelma returns in another gripping Celtic mystery by Peter Tremayne, acclaimed author of The Subtle Serpent, Suffer Little Children and many more.

Ireland, AD 670. When the body of a murdered young noble is discovered not far from Cashel, the King calls upon Sister Fildema and her companion Eadulf to investigate. The only clue to the noble's identity is an emblem originating from the nearby kingdom of Laign. Could the murder be somehow related to the violence erupting in the west of the kingdom?

The turmoil is led by a fanatical figure claiming to have been summoned by 'the seventh angel' to remove the 'impure of faith' from the land, and Fidelma and Eadulf soon find themselves struggling with a tangled skein of murder and intrigue. What is the mystery that connects the dead noble, a murdered alcoholic priest, and a menacing abbot who has built his abbey into a military fortress?

When Sister Fidelma herself becomes the victim of abduction, it is up to Eadulf to find and save her from imminent death, so that the mystery can be solved.