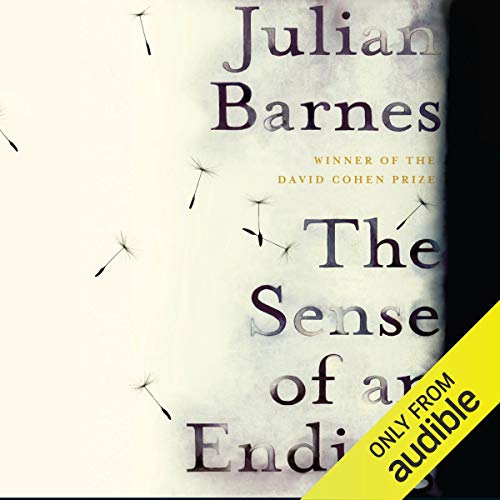 The Sense of an Ending

Winner of the Man Booker Prize for Fiction 2011, The Sense of an Ending is written by best-selling British author Julian Barnes and narrated in this audiobook edition by Richard Morant. Friendships forged in childhood are tested to their limits when the past comes back to trouble a man now in middle age. The more his past appears to unravel before him, the more blurred it becomes. What did happen all those years ago? Nothing is as it appears to be in this haunting novel, written with masterful skill and tremendous creativity by a truly gifted storyteller. Available now from Audible.

The powerful, unsettling, and beautifully crafted new novel from one of England’s greatest contemporary writers.

Tony Webster and his clique first met Adrian Finn at school. Sex-hungry and book-hungry, they would navigate the girl-less sixth form together, trading in affectations, in-jokes, rumour, and wit. Maybe Adrian was a little more serious than the others, certainly more intelligent, but they all swore to stay friends for life. Now Tony is retired. He’s had a career and a single marriage, a calm divorce. He’s certainly never tried to hurt anybody. Memory, though, is imperfect. It can always throw up surprises, as a lawyer’s letter is about to prove.

The Sense of an Ending is the story of one man coming to terms with the mutable past. Laced with trademark precision, dexterity, and insight, it is the work of one of the world’s most distinguished writers.

A complete and unabridged reading by Richard Morant.

“Elegant, playful, and remarkable.” ( The New Yorker)
“A page turner, and when you finish you will return immediately to the beginning . . . Who are you? How can you be sure? What if you’re not who you think you are? What if you never were? . . . At 163 pages, The Sense of an Ending is the longest book I have ever read, so prepare yourself for rereading. You won’t regret it.” ( The San Francisco Chronicle)
“Dense with philosophical ideas . . . it manages to create genuine suspense as a sort of psychological detective story . . . Unpeeling the onion layers of the hero’s life while showing how [he] has sliced and diced his past in order to create a self he can live with. (Michiko Kakutani, The New York Times)
“Barnes seems equipped to write with humour and elegance about anything he turns his attention to” ( Financial Times)

Das sagen andere Hörer zu The Sense of an Ending