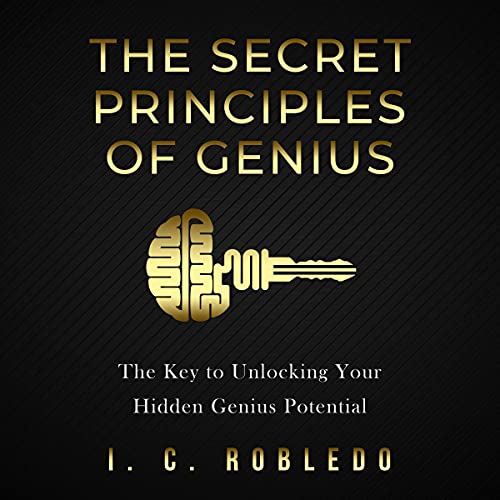 The Secret Principles of Genius

Unlock the hidden powers of your mind.

These secret principles of genius have been hidden, lost, or even forgotten through time. They have played a critical role in the greatest achievements of humanity, yet most of us are unaware of them. Now, they are finally revealed.

Internationally best-selling author I. C. Robledo has profiled the brightest minds to demonstrate why these secret principles are so important. Their lives range from time periods that span millennia and include a wide range of cultures, professions, and personalities. We will explore the intellect of icons such as Leonardo da Vinci, Albert Einstein, Wolfgang Amadeus Mozart, Maria Montessori, and Sun Tzu.

An important theme is that brilliant people have used these principles to accomplish what no one thought was possible. When everyone said no, they still found a way to make it happen. What has become clear through the ages is that with the right principles, it is possible to tap into a potential that is limitless.

Discover the secret principles that changed the following lives: