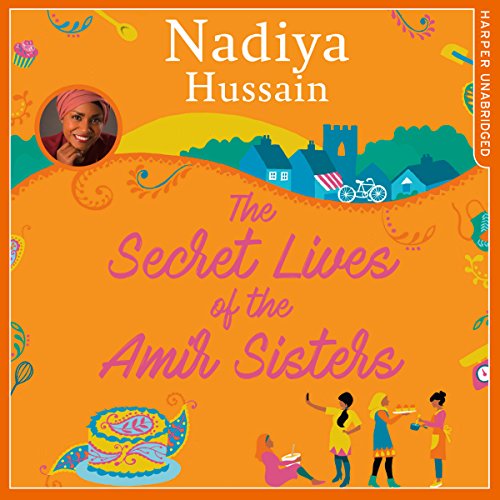 The Secret Lives of the Amir Sisters

Fatima, Farah, Bubblee and Mae, the four sisters of the Amir family, are sometimes tired of being the only Muslim young women in a rural British village, not helped by their eccentric neighbours, including the hippie nudists next door.

Oldest sister Fatima - or, as her family have always nicknamed her, Fatti (which, she worryingly suspects, has just as much to do with her inability to lose weight and guilty-pleasure love of Primula squeezy cheese as it does her birth name) - is having a particularly hard time finding her place in the world, especially when a family tragedy strikes and Fatima discovers that she was adopted. Her aunt in Bangladesh is her real mother, leaving Fatima questioning everything she thought she knew about her family.

As each sister struggles with life, love and faith, as Farah learns to cope when her husband has an accident, Bubblee learns to stop judging other people's lives and Mae faces burgeoning YouTube stardom, Fatima learns what it really means to be a big sister and to bring her family back together by organising a big village bake sale to help fund rebuilding the family business.