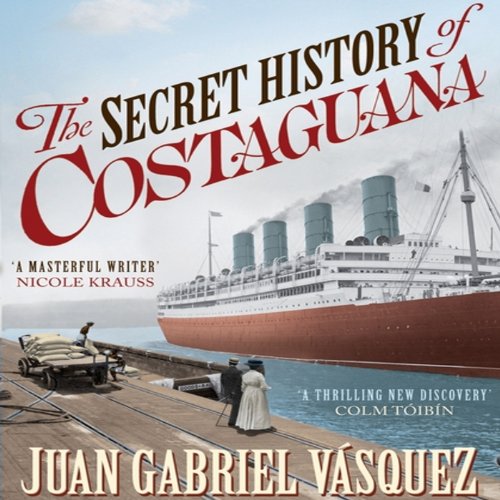 The Secret History of Costaguana

The Informers secured Juan Gabriel Vásquez’s place as one of the most original and exuberantly talented novelist working today. Now he returns with an ingenious new novel of historical invention.

On the day of Joseph Conrad's death, in 1924, the Colombian-born José Altamirano begins to write and cannot stop. Many years before, he confessed to Conrad his life's every delicious detail - from his country's heroic revolutions to his darkest solitary moments. Those intimate recollections became Nostromo, a novel that solidified Conrad’s fame and turned Altamirano’s reality into a work of fiction. Now Conrad is dead, but the slate is by no means clear.

Nostromo will live on and Altamirano must write himself back into existence. As the destinies of real empires collide with the murky realities of imagined ones, Vásquez takes us from a flourishing 20th-century London to the lawless fury of a blooming Panama and back in a labyrinthine quest to reclaim the past - of both a country and a man.

"One of the most original new voices of Latin American literature." (Mario Vargas Llosa, winner of the Nobel Prize for Literature)
"Unlike anything written by his Latin American contemporaries.” (The Financial Times)