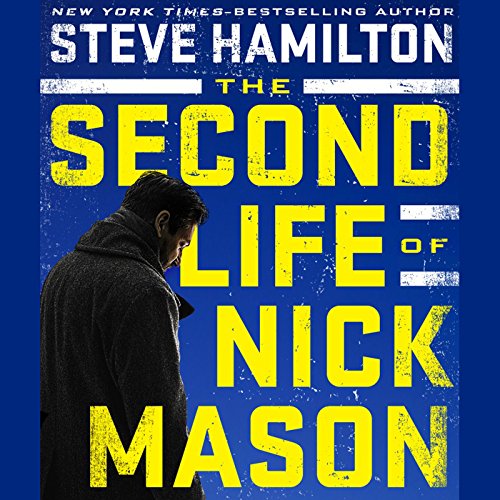 The Second Life of Nick Mason

From New York Times best-selling, two-time Edgar Award-winning author Steve Hamilton comes an unforgettable new hero - a man who will walk out of prison and into a harrowing double life that is anything but free.

Nick Mason has already spent five years inside a maximum security prison when an offer comes that will grant his release 20 years early. He accepts - but the deal comes with a terrible price.

Now, back on the streets, Nick Mason has a new house, a new car, money to burn, and a beautiful roommate. He's returned to society, but he's still a prisoner. Whenever his cell phone rings, day or night, Nick must answer it and follow whatever order he is given. It's the deal he made with Darius Cole, a criminal mastermind serving a double life term who runs an empire from his prison cell.

Forced to commit increasingly more dangerous crimes, hunted by the relentless detective who put him behind bars, and desperate to go straight and rebuild his life with his daughter and ex-wife, Nick will ultimately have to risk everything - his family, his sanity, and even his life - to finally break free.

"What a fascinating, complex audiobook.... [Narrator Ray Porter's] portrayal of a criminal who is fiercely loyal to his friends and family is outstanding. He conveys the constant pressure and tension felt by Mason with his speech patterns and a tone of raw emotion always held in check." (AudioFile)

“[The Second Life of Nick Mason] is so good, it legitimately stands shoulder to padded paranoid shoulder with the classics of the crime noir genre.... There are so many terrific elements in this novel - Nick’s haunted character, a plot that never darts in the direction you expect it to, and a truly ingenious climax - that I could be here till Labor Day singing its praises.” (Maureen Corrigan, NPR Fresh Air)

“[A] heart-pounding thriller with cinematic appeal...Hamilton cleverly imbues the narrative with myriad of twists and turns, allowing the intricate plot to unfold with stunning and extraordinary skill and suspense. From the honor amongst thieves, to the honor amongst those sworn to protect us, to the loyalty among childhood friends and beloved family, multiple worlds collide as Hamilton catapults us into Nick Mason's complex psyche.” (Esquire.com)