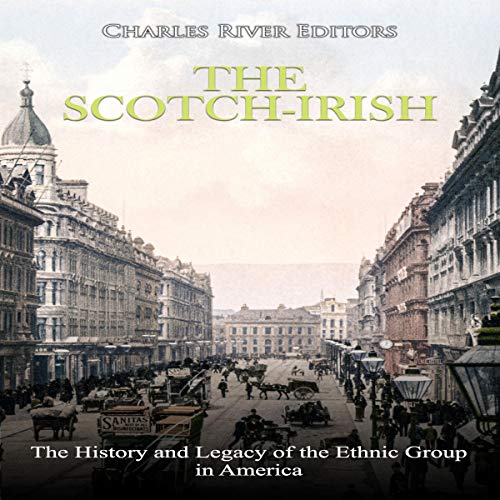 The Scotch-Irish: The History and Legacy of the Ethnic Group in America

"It was no more sin to kill me then to kill a dogg, or any Scotch-Irish dogg."

“Scotch-Irish” is an American term that became popular in the latter 1800s, referring to the largely Protestant immigrants to the United States originating in the northern Irish province of Ulster. The majority of Scotch-Irish were people intentionally settled in Ulster as a counter to the native Catholic Irish, who immigrated to Ulster from the lowlands of Scotland and the borderlands between England and Scotland.

The Ulster settlers were a solution to depopulation caused by the wars in Ireland, and it was hoped that the Protestant settlers would counterbalance the habitually rebellious Catholic Irish. The regions they came from had a history of violence and poverty. The heritage of violence was thought to have prepared them for withstanding Irish disorder, and poverty made migration to Ulster an attractive proposition. They were deliberately selected by various proprietors, landowners, and King James (1601-1623).

The large number of Ulster immigrants to British American colonies in the 1700s were usually simply called “Irish,” but modern historians prefer the term Scots-Irish, on the grounds that “Scotch” refers to whiskey. This is unnecessarily pedantic, not to mention that Scotch-Irish is deeply embedded in the history books and in American tradition.

During the colonial era, it is estimated that some 200,000 Scotch-Irish migrated to the mainland colonies. How many may have migrated to Canada (British after 1763) or various Caribbean colonies is not well-known. The colonies, particularly Pennsylvania, attracted the Scotch-Irish for several reasons, the most important of which was the ready availability of farmable land, but also, there was no established church (the official and politically dominant religion in Ireland was the Church of England) that discriminated against dissenters such as the Presbyterians. The colonies were also more stable. In Ireland, wars between Irish and Protestants and Irish rebellions were periodic and sometimes extremely destructive when it came to life and property. Yet another reason was that the colonies had nothing much in the way of social hierarchy — there was no class of aristocrats and no class of gentleman property owners who saw themselves as the social betters over what was predominantly a population of renters.

The stereotypes are based on the simplified view that the Scotch-Irish originated in Scotland, migrated to Ulster, and then to Pennsylvania. They are commonly supposed to have all been Presbyterian, but the Scotch-Irish were a quite mixed group. Not only did the British settle Lowland Scots in Ulster but English from the borderlands. There were also Quakers who settled in Ulster because of its relative religious tolerance, and some French Protestants who had fled repression in Catholic France. There was also a scattering of people from elsewhere, including Germans and Flemish Calvinists.

The standard view is that the Scotch-Irish moved south from Pennsylvania to settle all of Appalachia and that they were tough Indian fighters. Their animosity to British rule has also been credited with helping provoke the American Revolution, but they also played vital roles in the Confederate armies, and their courage accounted for much of the offensive power of those armies during the Civil War. At the same time, there is a countercurrent that sees the Scotch-Irish in Appalachia as lost in time, a Celtic bubble of poverty, Elizabethan English, quilts, fiddle tunes, and old Irish songs. Obviously, these views create a mishmash of stereotypes, but what’s clear is that Scotch-Irish history in America is amazing enough, in and of itself.

Das sagen andere Hörer zu The Scotch-Irish: The History and Legacy of the Ethnic Group in America